Well, Prizefighter was a great success, went to plan (sort of) in running, although bit off with how I saw things going beforehand. Hard to take what you think beforehand out of your head, laid off both fights (Grant and Jones) when I shouldnt of really because there was only one winner, only laid off because I fancied the other bloke before it kicked off too you know. Watched the first round then got involved was the idea, was hoping Cook wouldnt land a big shot, and he did first round so that waiting tactic paid off there, same craic in the other fight too. One losing market, had it a close fight, one bloke was 1.2, had to lay it, got a knockdown the next round and that was that, was very close before that however. All round a good night, final was a great tear up too, no view there, although backed Rees then laid back at the same odds and decided to just watch.

Horses today.. head in hands man in the 1-25 at Sandown, laid the winner at 5ish maybe a mile or so out, then watch it happily go out to 1000 (I know FFS) before storming back up the hill and chinned Ruby on the line. Just one of those things you have to say fair enough to and move on, its not gonna happen every day. Apart from that did well, and was delighted to pull it back to level, stopped then.

Boxing again tomorrow night, looking forward to it already, definitely going in running. As for the main one, think Khan wins, cant trust him with the chin at low odds though. Tingle Creek? Massive fan of Big Zeb, those railway fences put the fear of god into me though, still I'd have him winning if he stands up, Paddy and Chief should run well too and give him a good test. I'll hold my hands up and say I'm totally wrong if he wins but cannot have Twist Magic at all for the life of me, gonna lay it, will have the other three running for me. Dont understand why hes so short, seems to need good ground too, he likes Sandown which is the only thing in his favour from what I can see, anyway at 11/4 I'll lay him and hope the others prove just how much better they are. Its just one of those prices I have to lay, rightly or wrongly, you know I just have to do it and if he wins I'll say well done Ruby.. and maybe call him a name or two but anyway! 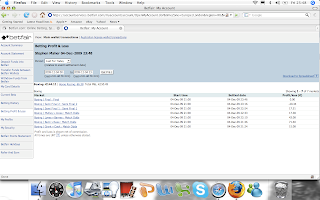 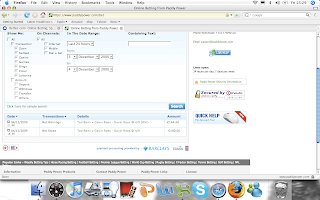