Sightly early finish, been doing the darts all day, decided to finish up before the Barney v Painter game because I've been woeful tonight. Think Painter will win for what its worth but sure confidence is a little gone for this evening after two awe-red markets in a row.

I was in fantastic touch this afternoon though, couldnt do anything wrong, everything I did went right. Backed Webster, rode the train down to 1.01, laid it, then even got a bounce out to 1.07 to back again. That was the biggest win. Then afternoon session finishes, go get something to eat, a shower, relax, come back and I cannot do a single thing right. Its probably the reason I love gambling because everything is different but it doesnt half leave you scratching your head sometimes.

Having said that, you could be the most wonderfully amazing trader in the world but if your man doesnt hit that double with three darts at it, youre goosed. Its basically you know, youre either right or youre wrong, I was on the right end of the swings this afternoon and on the wrong end this evening. Small bit annoyed to chuck away most of the days profit but still won €20 and sure I'd of taken it this morning probably if offered you know, its just when youre €120 up and then come crashing back down its hard to take, which is why I'm not doing the last game now.

What did I do wrong in the Wade game? Kept changing my mind. It really is the biggest bugger in trading a game, hard match for me though, both at averages in or around 97 the whole game, there were 7 breaks of throw before the end of the third set, I just wasnt confident in what I was doing. So if the odds jumped 5 ticks against me, I'd be questioning myself, rather than if I was confident that 5 tick jump wouldnt necessarily bother me. Nothing wrong with the players or the market like, just me, absolutely immense game of darts.

Today could of been a lot worse though, still happy to have a shocker of a market and still have a winning day.

Webster was unreal today, he was awesome. Think he'll go to at least the semi, maybe even the final (depends who he plays in semi). Wade not looking the greatest, when I was on him I was nervy. Stompe can be fantastic or he can be useless, few dodgey moments today but came through in the end. Lewis playing the best and has the best average so far.. he normally goes to pot against Taylor though and whos he playing next? Taylor. I suppose we'll see how he gets on. Barney, bar the 9 darter, has been useless also. Whitlock not without a shout too. Obviously its hard to see Taylor being beaten because he is the daddy, but I'd have the market a lot different than it is, only players I can see actually beating Taylor are Webster and Whitlock.

Webster and Whitlock seem the only dangers to me, I've backed Taylor at 1.5ish for €300. The best thing about backing him is really, if he does indeed lose, at least you know the other bloke earned it and you were just beaten by the better player. Which I'd never complain about you know. 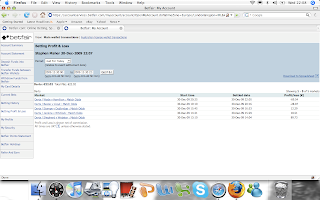