Whoever came up with "Global Warming" was clearly lying, its bleedin' freezin'! "Global Colding" would be a better fit I reckon, honestly and not over exaggerating it one bit, I've never been as cold on a racecourse as I was in Leopardstown today. And Leopardstown is in Dublin too which avoids most of the bad weather, it was baltic. Also, if anyone does indeed know of any country effected by "Global Warming" please feel free to tell me.. I'll be off!

Even though I love going racing, I'm a tad happy to see the back of the 4 days, its tough going you know, especially when youve rain going sideways one day and cant see your hand in front of your face with fog the next day. Looking forward to staying in bed all day tomorrow, thats a certainty.

Gamblings gone well the last two days, darts has been OK for swings and got a few trades on all the evening matches. Horses went well today and for the first time in AGES won over €100 on my Pre-Off bets for the blog, boom! No medals for picking the winners however as both were odds on, wasnt too impressed with Voler today actually, but she can only beat whats in front of her I suppose.

Happiest moment of the week - Shouting for Go Native in the PPs just inside from the ring. My heel is still goosed!

Lowest moment of the week - The weather. It was cat.

Horse I was most impressed with - Captain Cee Bee. Was cruising up to Sizing when falling at the last, looked a heavy fall but thank god he got up OK, I'd rather him than the winner for Cheltenham at this stage. Naas form was backed up by Zaairto today too.

Horse I was most disappointed with - Aran Concerto. Felt he had a big chance, but really was never in the race. Also, really let down by Judge Roy Bean falling in the novice hurdle, all the favourites fell away, the race was set up for him you know.

Horse I'll follow - Dr Whizz. Got word for him before his first run in the bumper, never backed him because they sent him off odds on, won easy that day and again won a little easy first time over hurdles. I like him.

Race that left me feeling "meh" - I'll get shot down for this, but the King George. While everyone was going mental over Kauto Star, what happened to the opposition? They were gone before halfway. We all know how good Kauto is, but sure the race was left to him really, not having a pop at him, just dont see why it should effect his price for Cheltenham.

Horse thats all class - Big Bucks. No ground issue, ride him any way Ruby likes and just gets on with it. Was always in control today and won easy in my view over his biggest rival for Cheltenham. He is an absolute certainty for March.

Battler of the week - Pandorama. Very rare you get a superstar from Noel Meade that'll actually put his head down for you. Normally their all bridle types. But this fella does, hes a good un too. The second will do well also.

I nearly did but I didnt - Siegemaster at 16/1. Theres always one to beat you in a big handicap, ran a cracker though.

Seeth of the week - 1) The fog and 2) The bookies. Got 20/1 Aran Concerto, called off, bets void, go back the next day and best price was 16/1. Seething. Was probably the right thing to void it but should of given the option to let bets stand for people coming back the next day. Also got knocked back doing each way on a 7/2 shot in a 21 runner race by John Stuart, win only in a 21 runner race FFS, having a laugh!

Amazing scenes of the week - Barneys 9 darter! Delighted to have the tv on at the time.

Triller of the week - Who killed Archie Mitchell..! 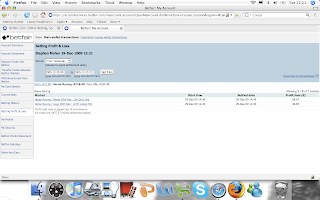 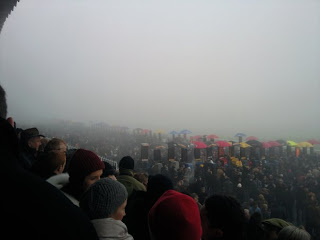 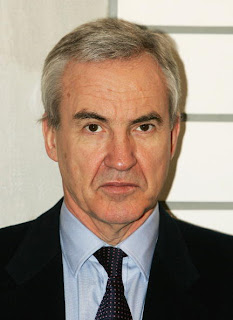