I was never gonna claw back the €330 lost earlier, but got back just over €100 of it so not bad going, could of been worse you know. Really enjoyed the boxing tonight, some good fights, and was pretty easy to call. Khan over in 10secs! Surprised 1.1 was still there after the first knockdown, your man was clearly gone, could see his eyes and legs, so nicked a small few quid there. Other two fights was going off how I scored them, went OK.

Again you know, do well in running and balls it up on something pre-off. Looking at excel, should really just focus on in running purely. Thats incredibly difficult though. Might "try" to do it until the end of the year but we'll see how it goes. 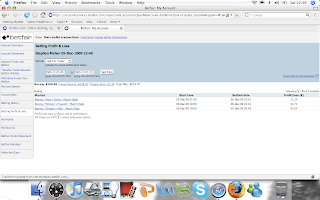