Two SIS tracks called off today and Cheltenham was on C4 so stayed at home, plenty of people complaining on the forum the APIs were goosed this morning too, service announcement from Betfair which is always a bad sign, normally, er, "nothings wrong, delete your cookies."

The site was nothing short of a joke today really, got a good warning comment about APIs on Saturdays this morning but even the main site was crap. Messed about on the darts but never had a liability over €25 and it froze during two games, seething.

Taylor just came through a good game there, slightly dodgey interview saying hes only practiced for one and half days since the World Championships, maybe thats why hes so high. 4/11 - 2/5 with no Barney, Wade or Whitlock. Anderson and Jenks (who he beat) already out. Only players of any note left are King and Lewis, the rest with respect are mugs compared with Taylor. Lewis generally is beaten before walking on the stage against him, has the talent to beat him but Taylors in his head. King slightly scares me because he has the mental strength to beat him and is a good front runner if he gets a good start, Taylor absolutely hates King though, and he plays better against players he hates. He wouldnt be 4/11 - 2/5 in a straight up match anyway if they meet later on, put it that way. Format gets longer every round which suits too, lack of practice is a worry so wont go max bet but you know he'll still average over 100 and if hes beaten it'll be through the other bloke playing amazing, which is never an issue, I dont mind losing to the better player. 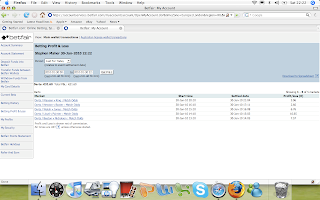