Stephen Maher - § (Timeform squiggle) - Broke well, held up in touch, not fluent at times, mistake 7 out, €50 down 5 out, closed on outer entering straight, effort to lead approaching final furlong, pushed along and soon quickened clear, not extended, impressive.

May have got a bit over excited there with the impressive bit but anyway.. 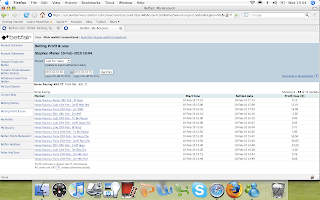 1) Whatuthink - ran no sort of race for me, never even traded in running, jumped poorly, last time I back him. Winner was impressive enough but would like to see him again.

2) Saddlers Storm - was given a superb ride by Rubs, was on at SP but also in running, had the second down as a short trader so always wanted to take him on with something. Traded under 1.4 four out of its last seven races, won two in between too. It wasnt that I was absolutely dead set on laying it, just if I had something strong running for me, its alright saying well lay short traders, but sometimes the race just presents itself to them, even Mick The Man won a race there last week sure. Takes a brave man to take on Rubs in full flight though, cracking ride, Tony Martin horses always seem to pick up when asked.. (being 30L behind when asked to do so is another matter altogether!) Small bit annoyed I had to lay off for the stewards, I had backed it in the shops too so liability was a bit high for trusting three blokes in a box, I know I didnt "have" to, but you know, no one goes skint going awe-green.

3) Shuil Dearg - pulled the arms out of Derek O'Connor, was pretty keen on him pre-off, it was only when he let the horse fly off in front that I switched to being against him, still finished 3rd and was involved at the death, will be ten times better once the horse learns how to settle I reckon. You'll never win pulling like that though.

Rest was bits and pieces in running filling in the time, dropped a clanger at Southwell laying a front runner, never saw another horse. That bend at Southwell is a fooker too because they kick off it and the market moves away from you so quickly. Apart from that was alright, Geraghtys last winner at Ludlow was impressive I thought, jumped awful at the start but still won well, doesnt look like one you'd want to lay at high prices in the future. And Bob Hall picked up really well to win today too, Foxhunters at Cheltenham a race for him maybe?

If I was to bet on the football, I'd think Arsenal are an awfully low price tonight, I know Liverpool are well, er, Liverpool, but Rafas unbeaten in the last seven, Arsenal are coming off tonkings against United and Chelsea, evens is short enough. No doubt they'll win 3-0 though, thats why I dont bet on football anymore. 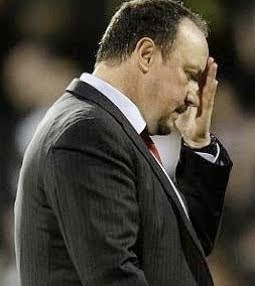