Found out this morning my degree exams hit slap bang in the middle of the 2000G/1000G weekend. Why me, why me FFS. That wasnt the worse part though, that was turning on the TV to see Rishi back on RUK, my mute button will be gone kaput in two weeks tops..

Anyway, horses are much easier to do IR on RUK, nicked a few quid but didnt play many races. Darts impossible to trade tonight too, two draws and then a Barney 1.01 train (has it ever happened before? Not in months anyway), cant trade Whitlock games because I like him so much I'll only be bias.

Finished my highest place ever tonight playing poker, 282nd out of 1800 odd. Blinds were at 500/1000 and the ante was 200, I was getting short stacked and sitting on the small blind, everyone folds around to me, so I go AWE-IN with AJ suited diamonds and get called with As3c, thinking great, then he cops a flush with the 3. Still, I'm getting better, theres a few situations were I'm still confused what to do but its alright. Prefer Omaha to Hold'Em because of all the outs/odds/combos. I didnt know the rules until two weeks ago.

Just think, this time tomorrow we'll have all seen our first Citi moment of success in India..

Two very interesting teams tomorrow. Deccan - will Gilly be as good as he was last year, whole year without cricket, everyone said he'd be rusty but he was still the man last year. And Kolkata were the whipping boys last year, remember they were the ones with the whole fake IPL player story following them everywhere, no Gayle or McCullum is a massive loss for giving it a whack first up. Ganguly who has "superstar" player status over there, was pure gash last year so it'll be interesting to see what hes like this year as captain.

My rules on the IPL for what its worth..

Never listen to the comms. Mostly after selling sponsors and being exciting, mostly talk shite, you'll hear "and thats gone for a DLF maximum" only for it to land safely into a fielders hands on the ropes, then it'll be classed as "a massive Citi moment of success." DLF will be seething.

I'd never back under 1.2, people have their views on "value" but eh, IPL is full of nutters, I'll be saying away from low odds anyway.

Likewise, I'll always be greening out. Whether its letting the profit run on one side or going equal, I'll always be greening out if I get the chance. That said I'm not jumping ship at the slightest movement you know, just if the market goes 1.1 and thinking "certainty from here no point greening out I'll get an extra €30," ten burnt fingers later and the market 1.1 the other side will probably land you up in PC world to buy a new computer the next day, and a new window.

Indian tracks seem mostly flat, obviously everyone is guessing what they'll all be like but recent games in India have been going for 350 and 400 in ODIs, so maybe 200 isnt a total to be scared of, youre guessing until you see it, but I'd say the scores might be high enough. Pure guess work until it starts though that one.

Theres never been a tie (THAI!) in the IPL to date. Just wait until I'm awe-green for some crazy amount then they'll have one..

Nothing is a given FFS. Last year a team needed 4 off the last over with six wickets I think to win, they lost. Didnt even get the 3 runs for a tie.

Teams can only play 4 non Indian players in the one game. So when you look at the team sheet and think fook me look at that team, just remember only 4 of them can play and the rest might be Indian mugs..

Everyone is expecting massive swings, fireworks and amazing scenes, wouldnt it be gas if the first 10 games or something were 1.01 trains! Well it wouldnt funny actually because we'd all be skint.

Lastly, last year they had male cheerleaders. I'll be incandescent if they do again this year. What a bleedin' waste of time. Although I suppose they have to have some cheerleaders Shane Wayne wont have slept with by the end of the month.

Basically, its the IPL, there are no rules except not letting the red get too high, and not chasing the market. Hail Mary full of grace books generally arent the way to go, only my view but I'd prefer €150 awe-red to zero one side big red the other. If things go tits up, they go tits up you know, no point lumping on at 1.2 to 'get out' because theres a fair chance it could be 1.2 the other side in two balls time. Remember last year we had a no ball 6 and then a 6 off the free hit, so 13 runs off 1 ball, so many ways to be hung drawn and quartered its unreal.

Very sad to hear Changingoftheguard had past away this morning, suffered a ruptured bowel during a routine gelding operation, he was a grand lovely horse when he was in Ballydoyle, may not have been one of the top ones but always looked lovely in his coat and wasnt the biting type he was very friendly. You know, when they break down on the course its heartbreaking but I think its more sad when things have gone wrong when they shouldnt have really, these things happen but to die from a routine gelding operation, he didnt deserve that. Theres more to horses than just winning money off them. 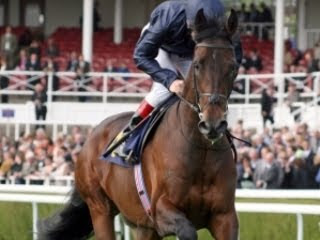