Well, today wasnt my day. Two words could of described my state of mind walking down to meet the lads: "fooking seething!" I'm sure people thought I was an escaped nutter from a mental home the way I wandered down the road talking to myself, little do they know I am but only a humble little Betfair user.

The positive is, I cleared off out of the house, away from the computer, and didnt chase. Sounds simple, but hard to do as everyone knows.

I can look at the Zimmers score card and laugh now, I wasnt laughing at the time(!), how in gods name do you get from 51/1 to 104 all out! Head in hands man.

A possible plan for the future would be to stay away from innings runs - coming up 5 runs short with some stupid batting, I'd say I was 90% grand for the win market, but 10% tilting at the same time. Dont know if it would have made a difference (most likely not) but for focus on the win market I should probably stay away.

Touch of being greedy too. Had a chance for €90 awe-green, didnt agree with the price at the time (was less than 20 runs away from a flip flop IMO), but I'd just lost €85 half an hour before, could of squared up no loss for the day and came back tomorrow. Instead, here I am -€160. Whats the difference greed and not agreeing with the price though you know.. its difficult.

Another thing I want to look at is what I expect, I expect certain standards from players and then feel let down when they dont meet them. I should probably expect the unexpected instead. But then again gambling is all about guessing isnt it, youre guessing what teams and players will do. Its just, ever just look at a game and common sense and common logic would say its easy if they did it this way, and they fook it up, and youre just there thinking "you stupid tosser, FFS." I often wonder would teams be better if they approached it from a betting point of view.

Anyway, it wasnt my day, 5 runs short and on the biggest collapse in weeks. I'll take it on the chin. I've lost loads more money and been less annoyed about it than today. No innings runs and more flexible on players is what I've learned. 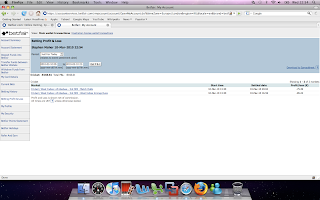