Back On Irish Soil

Apologies for the lack of posts last week, I'm normally a one a day person or at least every second day, been extra busy with exams and the Guineas obviously. Er, I thought St Nic ran well, like, it was alright, no excuses or anything like that, he was the 6th best horse in the race, but it wasnt the end of the world you know. I havent watched it back because I only got home last night but it strikes me as an odd race because Canford Cliffs finished third, nothing against him, but it looked like he didnt stay 7F the last time and then two weeks later hes finishing third in a mile Group 1?

The general feeling afterwards was they didnt go quick enough for St Nic, and maybe he isnt a miler, I'm sure people could of said that before the race on the stats but sure you know theres only one Guineas, its not like the Champion Hurdle and theres one every year, one only get one shot at a Guineas and he took his chance. As I said in the last post, I was a bit cautious being the first run, and the positives now are its out of the way and it wasnt his main aim. Still even so, gutted he lost, because we thought he'd win, suppose theres no such thing as a certainty really.

I feel awful sorry sometimes for AP because, you know everyone is gutted and dont really wanna talk, yet he has to stand there and have cameras and microphones shoved in his face. He must feel ten times worse than us too, and I didnt even want to talk to friends, just wanted to go home to Emma and the cats, lie on the couch and forget about it, of course couldnt do that because I was in a different country. Gambling every day, it gets routine and very rarely do I get nervous or even bothered about results, but Group 1s you get 'up for it' and adrenaline kicks in, then you have the natural let down feeling when you lose, its been a good while since I had that feeling.

But AP has to face everyone with it, it must be difficult straight after when you build yourself up and then its down, I have to laugh he gets stick for always saying nice things and making little excuses after. If you were to put a different aspect on it though, say you had a son and you bring him to little league footie on Sunday morning, another Dad comes over and asks "Is your boy any good at football?" youre hardly gonna stand there and say "Ah no hes shite, actually I think hes gay, I wish I never had him." Like you know, it just wouldnt happen! Youre obviously gonna say something nice, its the natural thing to do.

But overall, gutted he lost of course, but happy enough with the run given the way the race panned out. Gutted because we thought he'd win, but you know the Derby is the main aim and I said before I thought he'd win the Derby no matter where he finished, and he didnt bomb out or anything, he ran a good race really. No excuses for losing but happy enough, and we'll see ya in Epsom!

I remember the huge amount of stick Johnny got over his two rides in Ireland on Spetember Morn, I think everyone can say now looking at the Newmarket race its the horse and nothing to do with poor Johna, hes such an awkward bugger. The 2yo ran well and Devoted To You finished near last but sure shes not really a Group 1 horse, knew that beforehand, no complaints at all with the horses over the weekend.

Came back to the hotel from a cash game of PLO (English casinos are amazing!) on Friday night for Prizefighter, liquidity was terrible, seething. Prizefighters been a good money spinner for me in the past, always, but there was just nothing happening. Three rounds a fight, this was the market in round two (with no knockdowns or anything like that)..

Thank god someone put up a tenner at 1.31 or I wouldnt of known who was favourite. The 20/20 World Cup kicked off too, havent really traded it, I backed Ireland on Friday night for a fiver, I've no idea why, I couldnt tell you, needless to say theyre brutal. They had the Pakistan game on while I was waiting for my flight home, there was a five (yes 5!) wicket maiden in the last over, has it ever happened before! It was unreal, pity Australia were on 191 after 19 overs beforehand, then you have a five wicket maiden, like, it would only happen Pakistan. I had to laugh, I guessed around 185 was par, signed into Betfair mobile and the Aussies were 1.08, because the market *knows* Pakistan are highly unlikely to even bother chasing that. Theyre brilliant, they just go with the 'ah fook it' approach, its too hard I give up, I'm not trying.

My snooker arb settled, weird one - I've never been involved in laying a team/player during a tournament and it settling before the end, says €345, I laid for that amount, so I'm guessing they dont take commission until its over. Pretty stupid in my opinion, if it was something big like the Premier League and you could withdraw the money and not bother with Betfair again if the commission was big enough, which I'd say some people are in that position, I dont know, I'm sure they have a reason for it.

Won €70 in running this week on the horses, cant remember how many days I did it, wasnt much anyway, then had €150 on St Nic, so the horses ends up the loser this week. I'm actually quite happy considering whats happened to be only down €14, not bad, could of been worse. I've exams again next week and the week after so happy to just get them out of way, the sticking to RUK in running plan seems to be working well, it gives me more time too.

I read the John Higgins story and I've nothing really more to add apart from the fact of saying what a stupid coont he is, I mean, if youre gonna cheat, get one of your best mates to do it, not some bloke you just met off the street. Once you leave your circle of trust on those matters sure you know, anything could happen. Whatever about the fixing, hes a bit of clown for falling for the News Of The World set up. I see he says he thought he was in "grave danger of his safety." Ah yeah John, look real scared cracking open the champagne laughing in the video. Snooker finnish. It must be the "easiest" sport to "fix" though, because its so easy to miss, and roll an inch out of position you have an excuse, it looks almost normal.

By the way, did anyone see the picture taken of Gordon Brown on the Betfair forum this week? Seriously, this was him responding to comments on the horse forum, and I thought I was the only one who did the head in hands man.. 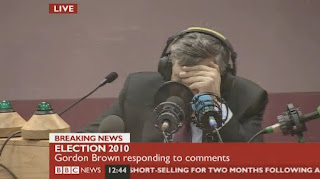 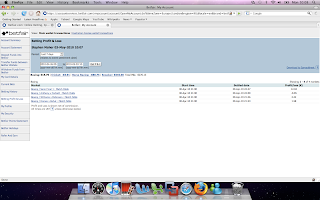 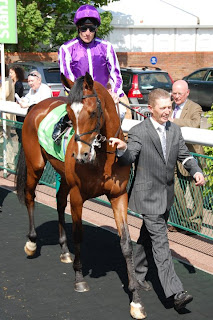 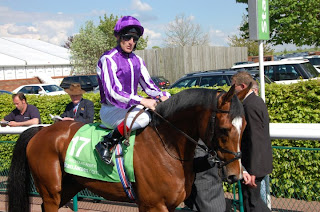 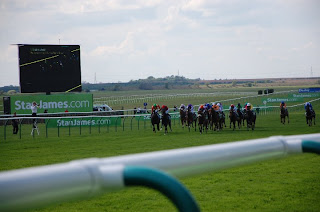 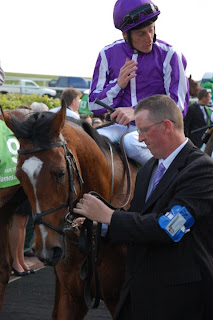