Bit of news.. Mr Fallon shall be returning to a Coolmore saddle on Saturday! He takes the ride on Viscount, he had nothing else lined up and you know even though hes 100/1, the horse is no mug. I still have my tenner on him at 100s anyway from here, didnt think KF would end up on him but absolutely delighted obviously. Colm rides Fencing who would have a good E/W chance and obviously Johnny on St Nic.

All fit enough to win IMO, no real worries about the trip/ground/opposition for St Nic, just the small doubt is, its his first run of the season, you know yourself what its like. We'll see, I'll be happy for him to run a good race anyway regardless of where he finishes I still think he'll win the Derby, the funny thing about the situation now is if he wins he'll be branded a "superstar" and if he loses he'll be branded as "finnish." If he finishes second of third he'll probably be called a non trier too! I'll miss the forum meltdown on Saturday anyway, gutted. I think he'll win for what its worth, only Elusive Pimpernel to beat really, but not lumping on because I dont normally back first time out so you know, if it aint broke dont fix it. Hopefully he runs a nice race anyway and sure what people say about him after is of little importance. Hes working nicely, he seems fit to win, everything is grand, we'll see what happens, its a personal thing that I hate backing them first time out so I'm probably a bit more cautious than usual.

Anyway, sticking to the new plan, just RUK in running, gave the jumps card at Wincanton a miss too so had the day to myself, did Nottingham tonight. Its weird having the whole day to yourself not bothering with certain meetings but its a nice feeling all the same, even attempted cooking dinner before she got home, it burnt, she laughed, we ordered pizza, best stick to the horses..

By the way, the new Hunky Dory ads are a bit of alright arent they, just saying like.. 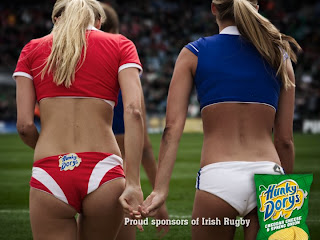