Bit of a mare on the cricket last night for an awe-red screen..

I was a mug. Had a bit of a busy day, came home and had that mood of having a bet to relax (you know the one), gambled in the first innings - I have a rule not to trade/bet/do anything while the first innings is on, so I was breaking rules and just being an utter gobshite really. I deserved it.

In a weird way, sometimes I think to myself I'm improving a bit because when I'm having mares now in a market I'm losing less than I was before, but still turning over more. I think thats Gruss more than me though, it seemed to change/improve when I started using all my custom columns and stuff.

I've already touched on my opinion of having maximum respect for people who gamble part-time in a serious way when they come home from work. I dont even work, but when my daytime is in any way busy that isnt my normal routine and I gamble in the evening, I'm awful. Timing, focus, etc all goes out the window.

More settled with myself today and done in running, was up €60 at one stage but just dropped €40 over two straight races at Haydock, feeling a bit tilted so the computers going off and I'm out for a pint to forget about it.

You know, I probably rabbit on about this nonsense all the time, but on the subject of chasing, I'm 100% certain every gambler *knows* when theyre in chase mode, so why cant they just bugger off out of the house? Its always odds against you'll get back the money. Best thing about gambling? You can do it on 365 days of the year. So theres no need to be betting when the brain is gone slightly awry. That said I still do it, I did it just last night FFS! I'm a terrible example to all gamblers though in fairness.

The World Cup starting tomorrow, it will be awesome.. 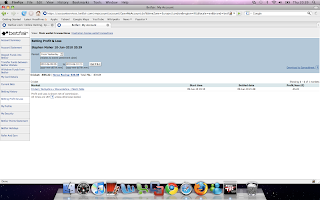