You Know Youre Addicted To Gambling When..

Youre watching cricket on a Welsh TV channel, with no English, with absolutely no idea whats going on, "Hampshire wedi galw'n gywir ac yn batio.." whatever the fook that means, I can tell you it does not help your betting either. All my effort putting certain words into google only for a €8 loss too, laid Glammy a touch when they went 1.12 after the first over (SP was 1.17), pitch was turning but Hamps dont have the spinners to make it any use to them really, went awe-red soon enough as the price went into the 1.0x's. I think all the Glammy home games are on that channel this season, Sky CH134, cant understand a word of it though.

Been an odd day, had a major urge for Eddie Rockets, came out onto O'Connell Street see a young boy crying and saying hes lost his mum, could he have €2 to get the bus home. I tell him not to worry and feeling sorry for him give him a fiver in coins, then he stops crying, steps back, waves his hand in front of his face and says "yo yo yo you just been punked nigga." And runs off. He was about 7 too the little bar-steward. SEETHING.

Anyway, yesterday was fairly frustrating on the GAA, backed Waterford at 1.5, they went six points behind playing against the wind, went awe-red at 1.7 for €22, then they won playing with the wind second half. Should have known, should have had the bottle to hold, should have had better timing. Poor bet in fairness at the time. The weird thing is too, when I then get an awe-red screen my judgement is effected for the rest of the game, the evens at HT was a great bet in hindsight when they had the wind with them second half, I let that go by in fear of making it worse. Having said that I'd rather air on the side of caution than try blast my way out of trouble I suppose.

Did in running yesterday and today on the horses and thats been the earner, yesterday finished minus €10 but won €80 this afternoon, dont know why but today felt fairly easy, have a great read of the angle at Redcar for some reason, think Carlisle is the opposite, thats a terrible one.

Really horrible news with the disappearance of Doug Fraser, a top class commentator and very accurate in his race reading, his voice wasnt for everyone and he didnt appeal to the "racing for change" crowd who prefer hype merchants like Tommo commentating, he mainly did the lesser meetings and hes been missing since Hexham on Saturday. Every story seems to read terrible and I seriously hope everything turns out OK because he seemed a decent bloke who did his job well. Its things like this that put everything into perspective, hopefully its a happy ending but every story each day just seems to sound worse and the longer stuff like this goes on the worse it is generally, you can only imagine what his family must be going through. Sad times. 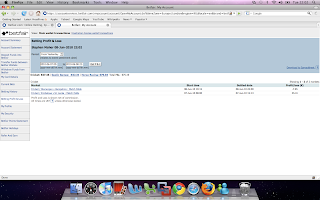