I remember saying the last time Australia were in England how toothless the English attack was and how their batting wasnt getting the high enough scores they could defend. Well, a few months later, its completely and utterly the opposite. I feel sorry for Ponting because he gets plenty of stick as the captain, when he just plainly hasnt got the bowling lineup to do what he needs to, and those no balls were absolutely criminal, 23 runs coming off no balls and free hits. Australia are gonna need to post 320+ to be confident of defending, and why arent Shaun Tait and Dirk Nannes in the team, must only see them as T20 bowlers is the only reason I can think of, but the likes of McKay, Hopes, Smith, Watson just arent good enough to trouble this English batting lineup.

Finally Isner v Mahut finished at 70-68 in the 5th set, FFS like! I know I was watching history and something that will never happen again, but I got awful bored watching it, seemed like it was never going to end.

Anyway no headache today which is good, same game time has Tuesday but had a banging headache after, happy no headache its important, and happy for England, happy for Morgan, happy faces all around.

McDermott v Fury rematch tomorrow and I'll be watching with interest because I was one of those who got fooked over by the terrible decision the last time (the graphs there too look at the straight line!). Naturally I think McDermott is a massive price at 9/4 - 2/1, but I would think that after last time, emotion might get in the way so its probably one to stay away from, but I would LUV IT (Kevin Keegan Style) if McDermott knocks Fury on his arse. 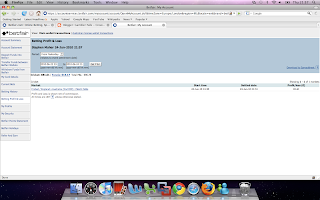