Lots of things will be said but, I've been there every Tuesday and Friday since my exams as usual and Aidan O'Brien has been nothing but 100% honest with everyone.

Theres loads of things going on in my head thinking what might of happened, could of happened, I keep coming back to Johnny riding him Tuesday instead of Sam, clocking a seriously fast time, and that then reflects in the horses work the next time, and now hes stiff. Think I just want someone to blame though when there probably isnt.

Anyway, I'll get over it in a few days I suppose. Its my birthday Friday (what a present, head in hands) and myself and Ems had planned London for a few days including the Derby, so I'm just gonna go and forget about the horses, I'll keep doing other sports, I'm trying to get it changed to a different country but I think they still want me there for the Derby market, but I dont want to be.

I'll be back Monday with the weeks screen shot and hopefully cheered up. I actually backed him again yesterday in drips when he drifted because he wasnt stiff then, thats just come to light last night. Friday was maybe the start of it, I said it was a 'couldnt be bothered humor' and I think the Tuesday work before had an impact on Friday, only my opinion though what do I know. So anyway its minus €300 for the blog, lost plenty elsewhere. For not even getting to see him try win it, I dont know what I've learned because what could I do different you know, these things happen I suppose, I'll try not be gutted for long, until I go away I'll going to go see my Grandad, he'll sort me out. And the break will do me good too.

Two years planning, scheming and backing down the swanee eh.

Thanks to everyone for the best wishes and the hard lucks. I appreciate it. I'm also really sorry to all the people I told he was the best horse in the yard and he'd win. He was, and I still think he would have. 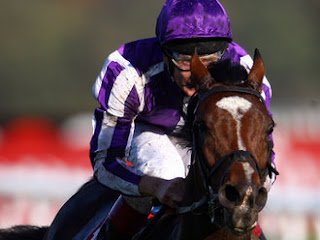