The Bank Of Fedex today announced that it was staying on in the UK for the foreseeable future after rumors from the Betfair Seethers United Incorporation that it was seeking to relocate to Greece in search of a European bailout plan. Mr Federer commented "Finnish? I am Swiss, shut up!"

I wasnt actually at home today, was in my Grandads visiting on a Monday as usual, actually thought I was watching a replay or something when I saw the market at 1.4 when he was 2-0 down. I'm not a big tennis punter so my opinion isnt exactly shrewd but is that not a mad price..? I suppose he won in the end so you could argue the market knew, I wouldnt be too keen backing 1.4 shots 2-0 down though as a longterm plan. I lost a fiver on the womens matches too, feckin' women eh, ya never know what theyre up to.

Not much doing on the cricket tonight with an innings SP of 1.17, but nicked a tenner on wicket bounce outs.

On a bit of a deep run in PLO at the moment, were in and around the bubble now after the break but I'm sitting 9th, hoping for top three as it pays €1,000+, never been this far in a tournament, I am shitting it, seriously! 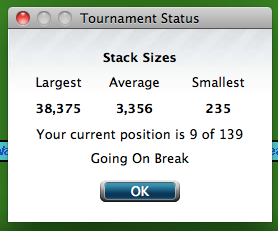 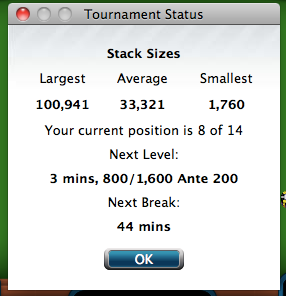 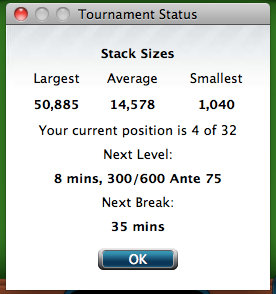