Well, I'm sure everyone saw what happened in Croker today, sure enough I was involved, was obviously not a goal but the way the fans tried to hit the Ref after was shocking. I wouldnt mind but its the umpires job to see what happens for points and goals, the Ref was half way up the field, he asked the umpire after was it a goal and he said yes, yet the Ref gets all the abuse. Joke.

The cricket chipped in but I couldnt do both sports at the same time so leveled up after backing Somerset, they won in the end in an almost 1.01 train bar a 1.1 to 1.2 jump, could have let that go a little more in hindsight. I'm gutted over that because I level up there to do another sport and then lose money on the other sport..!

A frustrating day and I'm glad to be off to the pub for the World Cup to relax, bit tilted.

Been a short week, got to see Tiger Woods on Monday! But on the gambling front its been a little annoying, I've been the 'nearly man' on the end of everything. No complaints at all about odds, bets or what I've done, its not that things went wrong just couldnt get anything to go bloody right. At one point today I had €120 green on Meath, switch to Louth at good odds and theyre winning, Meath score in the last minute (gubbed!), that just about sums up the week.

Paul The Octopus said Spain will win tonight so theyre clearly free money.. (I havent had a bet btw just saying!) The Octopus is the daddy. 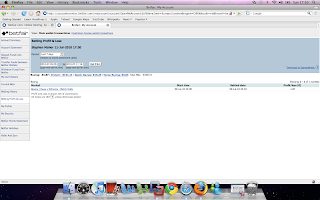