What a finish to England v Bangladesh, England 9 wickets down needing 10 with Trott and an injured Bell, the 1.5 lay on Bangers was unreal considering Trott was on 90 not out and Morgan was running for Bell. Trott got it to 6 off 4 needed (market at 1.9 England) before edging to slip and getting out. Gutted, lost €150, but knew I was taking the risk, the 1.5 Bangs lay to get 10 with Trott and Bell though, what a cracking bet. No complaints about losing.

Small bit disappointed though to finish the GAA "only" winning €100, won €350 on the first game after laying Galway at 1.2 - 1.3 nearly the whole game, and backed Wexford at 3.8. Then to only go and lose €250 on the Clare/Dublin match straight after, real sickener, only a point in it when the goal went in against Clare, heads went down a good bit after that and they were trashed in the last ten minues. Happy with the €100 for the day all the same but just dont like losing €250 on a market you know. Dublin lost to Kilkenny by 19pts a couple of weeks ago, totally different team today, they were gash that day, they were much better today.

End the Friday-Saturday combo €25 down, could have been so much better €375 up an hour ago, but sure like its one of those where theres nothing else I can do, backed my opinion, and sure didnt win, what else can I do. No point losing the head or thinking about it too much.

Couldnt do the boxing last night with the Raoul Moat saga on Sky, we were glued to the TV like everyone else, the drama, Moat was surrounded by 250 armed police aiming guns at him while he had a gun to his head near a riverbed just outside the town. Then what happens? Gazza turns up! Seemly hammered drunk he goes on the radio, "I brought him a fishing rod, cos I is heard he is besides a river." I reckon for the situation thats probably the greatest quote of all time.. what a man. A shame Mr Moat shot himself, didnt want anyone to die, but we knew heading to bed at around 12-30ish though it wouldnt go on all night, something had to give. 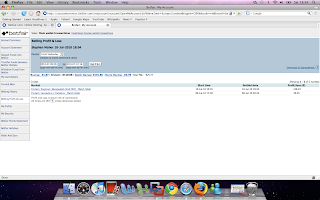