Sometimes I Wonder Why I Bother..

After maybe a solid three weeks away from racing I come back to seriously poor liquidity yesterday and today. I took six screen shots (at the bottom of post) during the 5-30 at Beverley, place market, its in order of when they were taken and theres money to lay on no more than four horses in any of them, from start to finish of the race.

Now, I know this doesnt represent the in running markets on a whole, far from it actually, but it isnt an isolated incident either. The same problem usually occurs on Irish racing, low grade national hunt racing, mainly midweek racing on both codes.

So, whats the problems for the racing markets?

IMO..
1) The premium charge. Its an absolute fact there was more money in the markets before it was introduced. And its knocked back some of the sharks.

2) The delay in pictures. Its finally in the last year dawned on some people that theyre SO far behind off ATR its unworkable to win 'fairly' day-to-day. I've given up on ATR ages ago, I'm sure most have too, or least dont leave money up to be hoovered up. RUK is OK-ish, but its a pay-per-month channel so you wont get the casual viewer on a day off from work.

3) Its painfully boring for the general public. Monday - Friday racing just doesnt cut it, no one cares outside the racing circle who wins some handicap on a Tuesday afternoon in Brighton or Yarmouth. Even people who love racing, its hard to get "up for it" on the low grade stuff day after day.

4) Its too hard to understand for the general public. Trying to work out who'll win the grand national is one thing, but at least theres bits and pieces of form to work off. Midweek you'll have claimers where you'll find no horse has ever won a race, you'll have handicaps where the first five in the betting have form figures reading 926764, 989083 or 3-30484. Its hard for professionals never mind the "normals."

Theres a few other smaller (IMO) factors, (money etc) but those are the basics really from a getting new customers point of view, especially points 3 and 4. Shite racing, delayed pictures, boring, too hard to understand, is it any wonder "racing for change" are trying to work out how to bring people into the sport. Because as it is, its plainly has very little to offer.

So, how do you fix it? I dont know. It breaks my heart to see race courses put on these music concerts after racing, half price drink days etc etc, because those people arent there to see the horses, they couldnt give a monkeys, they wont be back after JLS or Jedward finish the gig. It fills the place for one night, but then I head to an average meeting at a smaller track, its half empty and the only people there are over 60, trainers, owners, bookies and jockeys, no one my age is there (unless I go with mates), so what happens when they all kick the bucket?

You cant have Cheltenham every week, you cant have Sea The Stars running every weekend. People always turn up for the good stuff. But theres just SO much low grade stuff these days its unreal. Then again, how do you fix that, less meetings? The bookies want more meetings though, the BHA agree because it means more levy for them. What do you do?

Coming back to in running, Betfair said in the live chat just this evening "There are now so many people utilising what they think are faster picture service providers that the playing field for in-running betters is probably more level than it has ever been. With reference to concerns about liquidity there is no evidence to suggest any decline in the popularity of in running betting." If you look at the markets, it doesnt exactly back that up does it.

Betfair arent innocent at all in any of this, the delay in suspending the market on ATR is nothing short of a farce. They can open in running 6secs before the stalls open on ATR but they dont suspend 6secs before they cross the line. I'm smart enough to cop on to that myself, but I'm sure newbies could still be betting AFTER the race has actually finished.

Its a shame because football, cricket, sports like that are all seemly booming. Blocks of over €200,000 in running on nigh on every game on TV, one million plus matched at a single price (1.14 or 1.15 or whatever). Whys that? Probably because its a "fair" market with no delays and proper suspending.

The most annoying thing is, ATR could speed up pictures IF they wanted too (the delay is imposed on purpose - as shown with their ATR Extra), Betfair introduced the premium charge, and the BHA put on more and more low grade meetings answering the bookies calls. None of that HAD to happen. One word though, greed, greedy ATR want people to buy SIS, greedy Betfair want more commission and money, greedy bookies want more money, greedy BHA want more levy and money. A few years and there'll soon be none left. Then what happens? 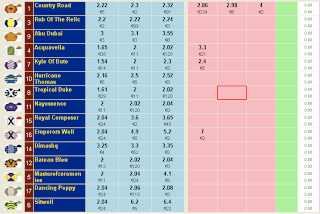 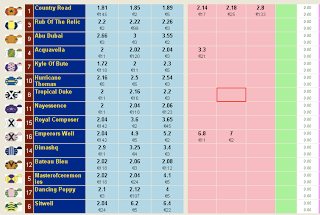 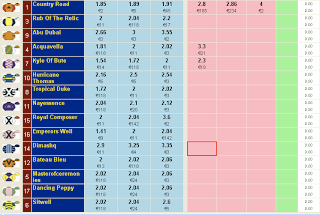 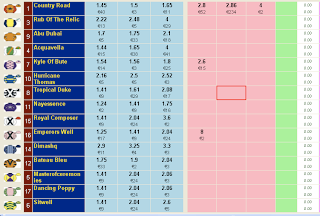 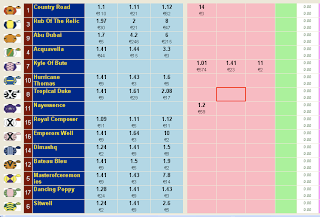