Got a pretty handy book to start off with so I can attack from now on without worrying about ending up too red. Only problem is what do you attack? I'm wary of laying the draw as the pitch looked pretty flat for the 12 overs we had today, I dont trust either side to get a GSM score either, take it as it goes really - hard to believe Pak are at 7ish while Eng are hanging around 2.6ish as I type, I'd have them much closer, but then with losing a day today that bet means Pak have to bowl them out pretty sharpish either tomorrow or at the latest Saturday morning. Backing Eng means setting a score tomorrow and half of Saturday then knocking over Pak and trying to force the follow on (or at least have a 100+ lead), either way the draw seems like its going to be in play Monday - couldnt back it at odds on, no confidence in laying it either.

I managed a final table too last night, hurrah, was actually last nearly all the way from 20th down, just hung around watching them knock each other out. The weird thing about my day now with tests on is filling the gaps in life switches around, if you just sit around all day you'll go bonkers thats a given, so normally its filling the 10 - 2 in the mornings before we start, now its filling the 6 - 11 in the evening before relaxing. Much prefer filling the morning as you can go for a run, go the gym, and then feel good and fresh get the blood going for gambling, keeps you more calm IMO, but evenings are different because youve been concentrating all day. I fully understand people saying "Oh well, I could gamble for a living, but I got bored or I like being around people/an office" but if you fill the gaps you'll never have that feeling, would never want anyone around while gambling anyway because they'll only annoy you. Keeping fit and doing stuff while not gambling is really underrated in the whole makeup for gambling IMO, far less likely to let things get under the skin if its forgotten about while doing something else after its happened. Over thinking stuff, holding a grudge etc.

If I had a choice of doing something or gambling, I nearly always pick gambling, but then if I was having a shite day its just easy to pack up and go forget about odds for an hour, and I tend to not remember what happened yesterday when sitting down - maybe I just have a pap memory! Once I have a new market I wont remember what happened in yesterdays market, because I've done so much in between. Gambling is the main thing in life but its not the ONLY thing in life, so being right doesnt become an obsession, neither does winning. Each to their own but filling the morning helps the afternoon calmness, plus the sessions online always feel short and therefore feel less tired. Having said that I would actually go 18 hours non stop if I had something to entertain and engage me for the whole time, bar a busy Saturday that never happens though.

Been flicking through the channels here, SSN still havent reported who Liverpool got in their Champion league group? Shocking reporting. 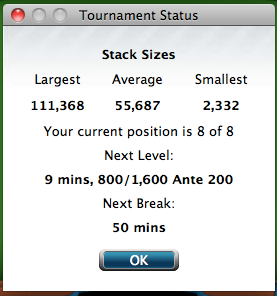