Not a great day in terms of the P&L, but little else I could do.

Tipperary were just awesome, to keep up that rate of effort for the full 70mins, just too good. I will say one thing though, last weekend and this weekend I'll been betting in hope a touch, letting things go for longer, Kildare obviously was a bit personal rather than just gambling, and I thought Kilkenny would turn it around today with 20mins to go. Hoping for something is a shite way of gambling though, much prefer going with the flow on events rather than thinking "Oh they'll do this differently now in a minute," or something like that. Should have probably squared up awe-red at a stage on both games but left them, I havent done that for ages and ages though - I think it was more so the teams involved rather than me losing the plot. The really annoying thing too was I knew I was doing it both times.

I would talk about the cricket but Pakistan are just so, er, well, Pakistan. Shoaibs drop FFS, catches that and the market flips, such an easy chance too like, ahh! Its pretty obvious the market is gonna be in love with England for the next T20 and all the ODIs, so if I'm in a position of laying them at false odds, I should green out a false odds also - instead of getting caught up in real odds they shouldnt be this price etc etc, the market seems like it will always be short on England. I dont blame Lumpy either - Pak cant catch so no wickets there, fielding is gash so no chance of a run out, and Akmal is behind the stumps so no chance of a stumping either there. And the fellow bowling has genital warts (cured now apparently!). I love watching them play, its never boring, they dont half put themselves in such positions to blow it though, had England 62/5, then Shoaib drops Morgan two balls later.

Its been an OK week nevertheless, I wouldnt change the Kilkenny bet even though they were beaten, take it on the chin and move on sure. Everything else has been OK without being fantastic. Houllier is down to 1.3 on Betfair for the Villa job now so hopefully he gets it and I collect €560 - Aston Villa will have a new fan! 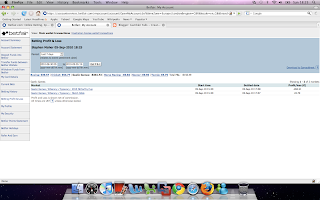