One fellow is 1.4 to lay at the bell, the other fellow is 6ish.. and then wins by 4 rounds, some things in life never change! Obviously you know I say it all the time, if it was one round well you'd say fair enough, but its always some mad distance. Close fight, I thought Simpson won. The second fight was an absolute cracker though - both just knocked the shite out of each other, great to watch, hard to have a bet because it always looked one punch away from being over either way.

Cracking day at Leopardstown today - backed the winner of the Champion Stakes too, covered him and Twice Over, was totally against Rip, but what I won on the market today I lost back on the antepost market backing Fame ages ago. Await The Dawn and Lillie Langtry were pretty good to watch, think it was maybe proof the ground was on the slow side, Johnny came back and said it was on the slow side of good after the first anyway.

Engerland v Pakistan tomorrow the first T20, and the All Ireland final.. wish I had more eyes and hands. Both go off at exactly 3-30 too FFS!

Just heard the Rooney story in tomorrows paps too, been cheating allegedly..! NOTW run it too, here. I think it would be unfair to be too harsh on him, he surely just wanted to fit in with his Chelsea teammates in the England squad.. what a feckin' numpty though, as if this stuff isnt gonna come out eventually, prostitutes obviously arent the best secret keepers.. even Peter Crouch knows that. Head in hands man Wayne. 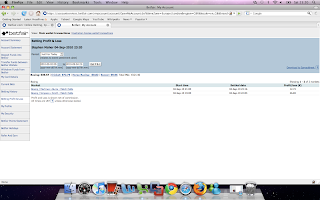