Was really expecting more of a crash on Houllier given all the stories knocking about..

Houllier interviewed for Villa job
Soccer: Former Liverpool boss Gerard Houllier has emerged as a leading candidate to replace Martin O’Neill as Aston Villa manager. The Frenchman has been interviewed by Villa owner Randy Lerner and created a favourable impression with the American multi-millionaire.

Houllier, who is 63 today, left Anfield six years ago and has been employed as technical director at the French Football Federation since parting company with Lyon in 2007.

If Lerner decides Houllier is the right man to succeed O’Neill, then Villa hope to make an appointment early next week — certainly before their next match at Stoke on September 13th.

Houllier enjoyed considerable success with the Reds and led them to a Uefa Cup, FA Cup and League Cup treble in 2001. Villa sources believe he has the reputation and CV to keep Villa on an upward curve after three successive top six finishes in the Premier League.

Before he moved to Liverpool, he also enjoyed title success with Paris St Germain and spent a decade overseeing the development of French football. Former West Ham boss Alan Curbishley and care-taker boss Kevin MacDonald have also been interviewed for the post by Lerner and Villa chief executive Paul Faulkner.

Considering the crash on Sven for absolutely nothing but a rumor I'd have thought he'd crash this morning, I suppose people a fed up crashing so many have been odds on already.

Anyway, have had €50 on him with Ladbrokes at 4s, hes shorter on Betfair. That brings the book to..

Another angle is to give Houllier a director of football type role and make MacDonald manager, which makes sense, but these situations have never worked well in the past and Houllier has experience of that at Liverpool. MacDonald a bit short at 7/4 anyway so I'll take my chances on Houllier at 4s, no real harm if I'm wrong either. ANYONE BUT SVEN! 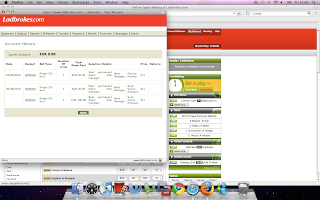 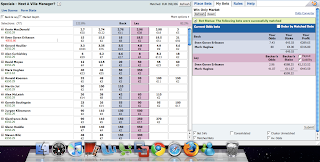