Hindsight Is A Wonderful Thing

Really should have greened more at 1.5 - 1.6ish considering I laid 1.2 for €700, its weird because when I laid 1.2 I was thinking maybe get rid of red/go equal at 1.45ish but when it got there I was letting it run, they were belting along though before it all going tits up.

I love bounce out trades but can never quite perfect when to jump off for the green, I like letting things run to an extent, some people trade, some people bet - I cross between pure gambling and trading whenever I feel like it. 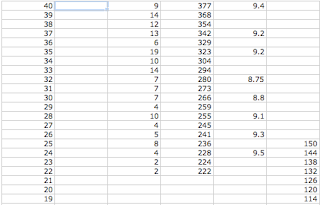 Last nights match went better but a serious lack of money in the market, half said it wasnt on in India, half said it was the US Open, I dont know, either way the market was a bit bare - someone took it to 1.01 for 7k when it was 1.08 with an auto back - amazing how some could care less about odds and just click, suppose when youre ahead it doesnt matter, it bounced back to 1.05 after, but that sort of thing would never happen in a liquid market.

I wasnt around today for the Am I Blue race at Hereford, the horse got backed from 33/1 into 5/1, Dean Coleman, a 5lb claimer, was replaced by Dickie Johnson (wink wink nudge nudge) and then goes and wins by 19L making all, changing tactics in doing so too. People can think/say/do what they like but from my point of view I'm just delighted I dont bother with the daily gash each day anymore - and for the last 6 weeks my other sports have improved for the extra time/extra relaxing. I bought the Herald for my Grandad this evening visiting and was flicking through the cards for tomorrow (normally dont even bother looking anymore such is the standard), but theres plenty of races at Redcar and Wolverhampton worth under 2k to the winner - its probably worth more to lose than win these days if you know what youre doing, if youre gonna have countless races worth under 2k you cant complain when stuff like this happens. The trainer said the form turned around because of injury (the horse only ran two weeks ago finishing last!) - in a world of clean betting these things should be out in the open (if true), and without going on like a broken record its easy to see why the next generation prefer football betting etc to horse racing because theres less deception and more information out in the open.

HOWEVER, being involved in a stable, without being involved in the day-to-day stuff, I know myself you cant win when you tell punters stuff because they moan regardless - if you give a bad report and it wins they'll say you put me off, if you give a good report and it loses they'll say youre shite. Horses are not machines, there are days where you just cant tell what theyre going to do. So I understand the lack of information in the open when I think about it - its one of those situations where you cant win with punters and they bring it on themselves - that doesnt make it right to lie though equally. It does seem the higher grade of racing you go to the more information is available to punters - these races worth under 2k are basically built for non triers, whereas everyone tries at Cheltenham! (Except when you back something and it loses and you post on the Betfair forum obviously, ha!).

Funnily enough I was actually having a chat about how poor horse racing has become today with my Grandad before I heard about this. I have no idea how to fix it - I dont know, maybe its just us, but a couple of years ago it seemed fairly exciting and you could have a decent bet each day and now its of little interest. Maybe I'm just getting older and drifting off to other sports and racing has lost its appeal, none of my friends my age outside of Ballydoyle are interested in racing, maybe I'm going with the times. No body knows the future but prize money seems to be only going one way, and it seems its taking the quality of racing down with it. Hopefully something happens to swing it around soon, that hope is equal to the hope of me winning the lotto though - and I dont even buy a ticket..!

Anyway, the world isnt going to end, how cool are these runners.. Floyd Mayweather Nike Airs, not really a fan of Nike Airs but Mayweather runners seem awesome - I'm waiting until Go Native wins the Champion Hurdle before they naturally bring out a pair for him, I'd buy 'em.. 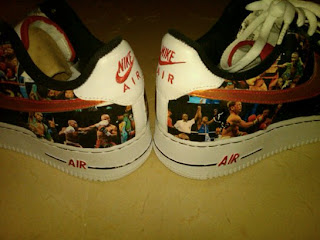 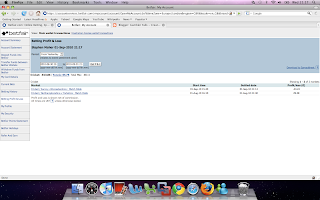