What a fooking hero Wagner is, HA! They gave him a pimp slot too going out 2nd last, not the full pimp slot but close enough. After all the bad press this week about the tapes slating Cowell etc, to give him a late start shows they want to keep him in - or at least try, who knows if people will vote. First out has been bottom three the first two weeks so if they wanted rid they could have given him first, be interesting to see if Paije is bottom three actually because he was quite good, but first on is the coffin slot.

Anyway, I've been waffling on about a bottom three market, Betfair have given us one, so I'll have a Wagner lay, might top up a little tomorrow but wont go over €300, hes gone odds against now, was happy taking on everyone under evens. Hopefully he might go odds on again overnight.

Aus won 47-40 too (post below), and it got sort of close last five minutes after being well clear (15pts+), the crowd got hyped up and the ball was flying about. I was just flicking through prices for next week, only ones who price up SportingBet go 11/20 Aus for the series, which is too short for backing really, but I think they'll win again and quite comfortably bar lots of goals from Ireland and a hyped crowd. Its hard to see Ire beating them on pure ability because Aus were miles better tonight IMO, but when everything got going in the last few minutes Ire were all over them, but you have to think Aus being so far in front eased off a little so theres that aspect too.

It had to be laid off anyway just for assurance, I couldnt let Boyles possibly win money off me, I'd be a right mug then like! Lovely coffee and biscuits though, in fairness. 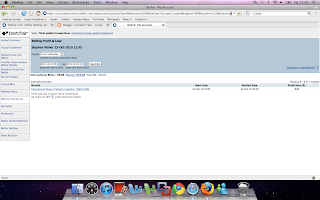