Struggling to have a bet this week, really cant concentrate on the scoring, cant seem to figure out why.. 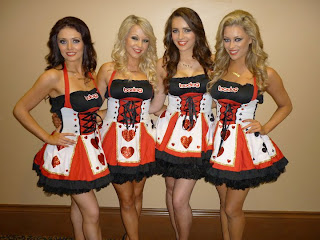 I do dislike the double start for trading though, for obvious reasons really, 9 darts missed opening = seething.

Have to admit to being a bit bored this week, I've even ventured over to the dark side to the Arcade, shocker! Clicked on one of those free bet email thingys, turned a free €10 into €8.50 (of real money), never played Betfairs games before - but I would imagine that would be the general rate of return, €8 back for every €10 you spend. Load of shite and best avoided anyway IMO. They do gear it towards being highly addictive, for people with that kind of personalty, I actually thought of playing on when the €10 was swapped for a second, but then remembered I had a brain..! Cancer of betting those FOBTs.

News today that Cheltenham have added another race to the festival, I approve really. Lets be honest they ruined the quality to an extent going to the four days from the three, but last year we had cases of only six races a day, thats crap IMO, if youre gonna charge people 60ish quid in you could at least give them seven races a day. Thursday last year they had four handicaps out of the six races, I remember my Grandad taking me over when I was 12/13, and you had Best Mate, Moscow Flyer, Istabraq all around then, ahh it was better than Christmas! Three days was perfect really, it hasnt really been the same since they went four days but as I said, if theyre gonna do it at least put on seven races per day for the people paying, might not all be massively important races but sure it is what it is now, it wont go back to three days.

So far just the one market on Tuesday morning, saw 6AM on the clock for the first time in years, cracker of a finish though with India winning by one wicket. Looking forward to the weekend for a birra action, thought maybe Ireland v Russia would be worth a few quid 0-0, just under 8/1 isnt worth a big bet, but highly likely we get that scoreline though IMO. Trap will most likely be happy with a point and the Russians will too away from home, if we get to 60mins at 0-0 neither will be pouring forward leaving gaps at the back anyway IMO. I've already €50 on at 8.8, so cue a goal in the 3rd minute then.

Downloaded the new Bruno Mars album Doo-Wops And Hooligans today too, its kind of woman-ish, but would recommend giving it a try, its catchy..