Just sort out The Ashes market now its settled, cant believe both teams only ended up with 11 wickets each, and the draw is already 11/10 for the next test - on what is a historically flat pitch. Horrible situation really, who in their right mind wants to back a draw at around evens before a test even starts.. but then again on what weve seen who'd lay it because it'll take a fair bit to move it. Not something I'd stay up all night for anyway, and judging by the ground empty last night its not something people want to go to either. A bit of excitement please? We shall see.

I'm heading down to buy a PS3 tomorrow. Selling out on my beliefs what! The hardest thing to do was fill the gap between 11 and 12 before the 1st session last week, playing games is gay IMO but jesus its something to do isnt it without feeling sleepy by lying on the couch. Its like today, nothing until El Clasico tonight, which is brilliant when it happens, but its the hanging around for it thats the hard part. The cold weather might have something to do with not wanting to leave the house, but you'd be a mug to leave though, house - warm, outside - cold. The Irish Times said were supposed to go to -10 at some stage this week, oh dear. 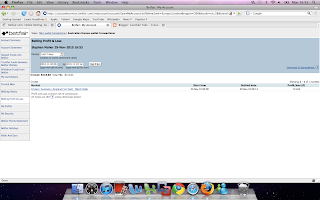