Not only is there nothing to bet on, theres been so much called off theres not even anything to watch, never mind gamble. Premiership games called off is a shocker in this day and age, all this safety stuff, but the rugby league games went ahead not a bother, and Ipswich played on a full pitch of snow without underground heating.

Not much craic this week, Eng collapsing twice cost me money, not too bad at -€134, I can forgive one collapse but not two in the same game - thats Pakistan stuff FFS. Even India today, scored 130ish first go and get 450 second, will still lose but even so its putting up a fight isnt it, under 200 twice is just gash, good bowling, but Eng batting is stronger than that, obviously. But one of those things really, no point dwelling on it because its so random.

I wanted to do the darts last night but then watched the first game and wanted to kill myself. Anyone that saw it will understand. Worst. Game. Ever. Smith had a higher average at just 80, missed 26 darts at doubles, Hamilton won 3-0, it was terrible viewing.

-€106 on the week but got +€36 from Saffers v India (missed the first day and wasnt here to see the draw go 1.4s, head in hands man) which should settle tomorrow so it wasnt that bad a week, and always going to lose given Eng batting, I still reckon supporting Eng more so than Aus will end up being profitable over the whole series so no complaints.

Hopefully the snow buggers off soon. Glad we got the Fairyhouse card in on Wednesday, was a cracking days racing probably the best we'll have here all year, lost Navan today and Punchestown tomorrow, and starting to get a little nervous over Leopardstown at Christmas - that'll be the ultimate disaster, I cant even remember a Christmas without Leop! Was my first meeting to be ever brought to too, backed no winners all day, think I was fivers only back then, but had a chase bet of 20 pounds old money on a 9/1 outsider of four in the bumper and he lead all the way. My Grandad counted it out in the old red 20 notes, and I felt RICH that day, asked him to bring me with him every weekend from there on in. If that horse lost I probably would have grown up hating gambling, funny old world.. I saw Istabraq win that day too. 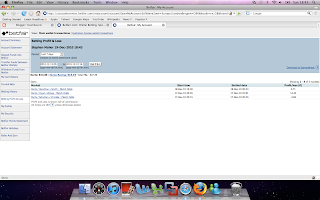 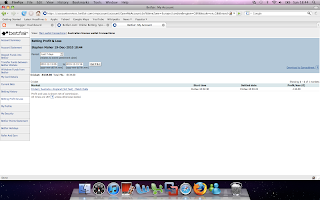