Crazy week on Betfair - the Saffer v Aus test match was mental, you thought it was bad Saffers getting rolled for 96, half an hour later Aus were getting rolled for 47, having been 21/9! The lowest score in the history of test cricket is 26 by the way, but anyway, obviously I didnt help my cause my sleeping in and missing the Saffer collapse - I'm not sure if this is true or not, but its great if it is..

On a more serious note about missing the collapse, I've fallen into a bit of a 'lazy' attitude towards Betfair since I got my cast off and I'm going to have to snap out of it starting tomorrow. Understandable really not being able to do anything for three weeks and then getting free rein to do whatever you want again, but next week I'm setting an alarm and no more swanning around. If I learned anything its I rarely win doing things half arsed.

So I ended up down €100 on cricket this week, but got that back on Tiger going low in Australia so it wasnt so bad - out of curiosity I went back through Excel, the last time I had a losing week on Betfair was the 3rd of July, but that was the weekend of Haye v Klitschko and I had won the 'Go The Distance' bet with William Hill, the last time I had an over all losing week was the 23rd of May - had to update records on the Monday because my Broadband went down on the Wednesday that week (must be crap at mobile betting, add it to the list!) Obviously with the England v India series being so easy (relatively easy compared to everything else) those records are fairly misrepresented, and theres been plenty of weeks with +€2, +€5, and +€7 P&Ls but if I was picking one thing this year I've got better at its not taking as much risks in the sense of leaving myself in positions where things can go very wrong very fast, I'm still making wrong moves (because obviously everyone does) but I'm getting away with level when I do. And sure if ya dont lose, ya can only win..! (Well, in theory..)

But anyway, Tiger wasnt on TV this week for a few holes so I could snipe with information from Twitter (you can that with cricket too, amazing tool Twitter), and had this:

But then, you know, 'new' Tiger is a bit of a mug compared to old Tiger so I squared, somewhat unhappily at the time, but it worked out with him finishing third, and my Aussie Wallet got a run out for the first time in months.

One more thing to highlight if you havent noticed, Amelia Lily has been brought back to X Factor after Frankie getting the boot, shes currently trading as favourite having traded at 1000. I know its easy to say now, and sure enough I wasnt thinking this at the time either, but laying 1000 on someone who wasnt kicked off through public vote is very chancy, there was always a slim chance (less than 1000/1 anyway) they could bring those four who didnt face the public vote back at whatever stage. Its not like a horse antepost market where you can pick up 'free money' sometimes, in a market where they can change the rules at any stage, laying 1000 is scary (to me anyway). There must be some huge green and red books out there.

My opinion on low odds has always been the same, if something is 1.01 and fair enough it might be a 1/500 chance, but if I have €1,000 I hardly need a fecking tenner do I, I'd rather have an even tenner on something random in the next market. Its always a much discussed topic with different opinions that one. 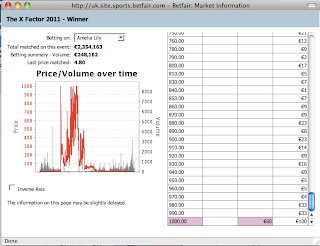 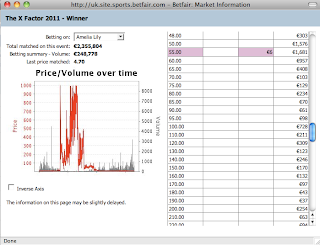 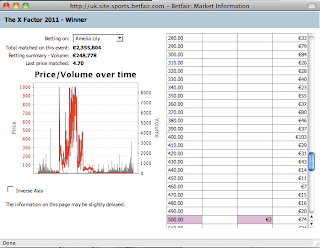 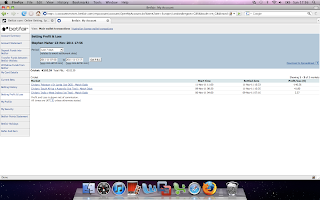 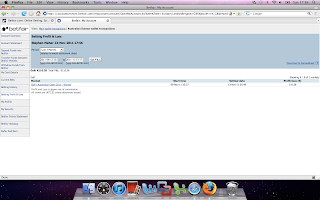