Finally A Big One

He finally did it..!

Last night was great in town, shame I wasnt there but having said that I had no intention of going. Delighted for the horse more so than anything else, even given the history with the youngest jockey angle and all the father/son combo stuff, hes been called a fair few names at this stage and sure (IMO anyway) the only thing he ever did wrong was get sent off a near odds on hyped up favourite for the 2000G (and that form even turned out alright in the end). Some turn of foot when things go well, been a good season all things considered winning the Coronation, good run in the Arc and now winning at the Breeders Cup, only small let down was the King George but that turned into a bit of a farce with the early pace and poor Rewilding breaking down. Ah, just delighted for him to win! Woooosh..!

Anyway, its been a quiet week as foreseen with the Sky schedule, I tried doing the Zim v NZ test but it wasnt on TV and I hate trading on links, but must have been one of the best day 5s ever though, I didnt do the whole test but I think Zimmers went from 55s into 1.8ish, NZ out to 12ish before winning, and I think the draw was 1.5 or thereabouts with an hour left too.

Small note on Betfair being pretty poor managing the market, I paid commission with it at 1.01 they left it open so long (so that was handy for me) but got to feel sorry for all those who left money from 1.5 to 1.01 when the last wicket went down. Shite service really, put it this way, imagine if it happened on a soccer market.. wait you dont even have to imagine that because it would never happen!

Nearly 10M matched its not like its a small market either, there will always be snipers but they left it for ages. Suppose its a perfect example of Betfair rules really, there are no rules, kill or be killed and everyone for themselves.

Hopefully next week will be more eventful, I get bored after a while with very little on. Sometimes I miss the racing because its always on every day but then I remember the time advantage other people have so just have to think staying away from it is actually making me money. Its not really a bad thing missing it as the BHA still seem intent on ruining it anyway, "I feel sorry for the owners and a little for the sport, too, because I used to think the racing in this country was the best place to be riding in the world and you worry about what every other county in the world now thinks of you." AP McCoy speaking today. 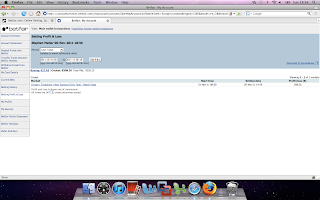 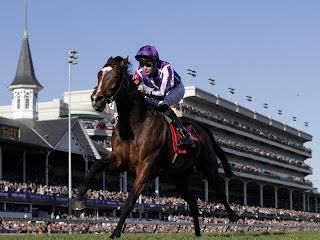