Well, the IPL is still somewhat a frustration, but it did get better on Thursday and I havent traded it since (wasnt on TV today) so I'm feeling a bit more positive about it from last week. I was royally fed up with it on Tuesday though - Monday was a struggle and I was sat looking at -€60 Deccan and €0 Mumbai and ended up finishing with €0 through some miracle, then on Tuesday RCB were 1.8ish to chase down 166 at The Chinnaswamy, which is IMO one of the best chasing grounds in the world (par is usually nearer 200, its also where Ireland beat England in the WC after Kevin O'Brien set the fastest 100). 1.8 to chase 166, great I think, after 9 overs they were 33/5 - luckily I hit the equal red button in between all the wickets, if someone told me that score without me seeing it I'd have never believed it.

So I was fairly depressed Tuesday evening thinking nothing is going right at all after that. But the Test match has perked up my spirit, really and truly I should be focusing on Test matches and not doing the IPL but its hard to change from what I've been used to over the last few years. 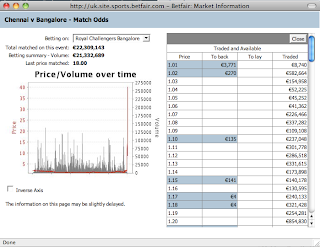 Hopefully things will continue to pick up next week, €115 may seem a bit small in the grand scheme of things but I'm delighted to just get out of that little bit of an IPL lull from last week and just get back in the black.

Took the opportunity to head to Leopardstown today for the Guineas trial day, the nice weather made it a lovely day out, not sure if any of them will go in on the big day but Furners Green quickened up well from where we were standing and he had strong form ties with the winner of the Ballysax later. The horse racing loss online was from the Grand National, even backing five I still couldnt pick the winner! 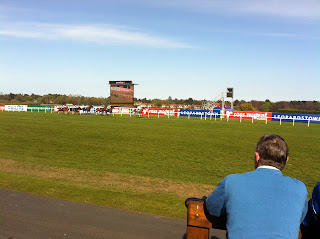 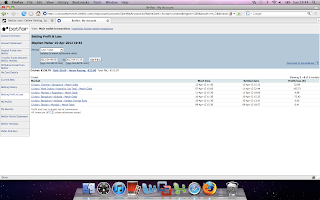