If only someone had told that to Audley Harrison! FFS he never even threw a punch, amazing scenes, I know we all knew we was a joker to begin with, but that takes the biscuit. Cant believe I went out for it and missed the X Factor (theres a sentence I thought I'd never say), the Pacquiao Margarito made up for it though but there was a few black holes in the memory by that time. The thing that amazes me about Pacman is, not his speed or power, but his chin is unreal, the fellows hes beating are much bigger than him and he just takes it and comes forward, amazing to watch. Obviously would love to see the Mayweather fight now but sure I'm wasting my time talking about it until they get it done themselves.

Been a long week but no gambling, taken up by assignments (minus craic), I know by now not to bet when I have other stuff going on in life as I tend to be shite. As seen again by my book on the Saffer Pak 1st test..

Backed Saffers at 1.6ish and then didnt have the bottle or the patience to stay, I didnt give it my 100% attention and sure what can I expect. That €64 on the draw at 2.32 is really embarrassing..! Redding out about ten minute after laying it, head in hands man.

But I've been here before, think about something else and gambling goes to pot. Next week should be back to a bit of normality, just the one market this week greening out on the PP bet to win €39.

Bit worried tonight for Wagner, and want to level up if he gets through, cant see him troubling the big six so he only has Paije and Katie to go now really. Fingers crossed he gets through but I wouldnt be surprised if he was bottom two, obviously Paije being on first gives Wagner a big advantage, and I think everyone hates Katie. His weeks are starting to be numbered from now on though.

I suppose I better say a word on Johnny leaving Ballydoyle too.. one word.. delighted! Er, I didnt like him after this. Why take the ride off Sam? Funnily enough he didnt ride out much after that, and there was rumors he was unhappy with Joey getting rides, if you dont ride out can hardly expect to get everything can you? Maybe he was told not to by AP, I dunno, its between them, but I'm glad hes gone anyway and maybe next year will be back to normal and I might even have a bet on a horse again, ya never know.. good things come to those who wait, except Audley Harrison.

Another thing too, the budget in Ireland is coming up and apparently we'll have some sort of property tax, €80 a month, and water rates, I'll wait before worrying because I'll be only wasting my time but I reckon we'll probably have to have an extra €1,500 between us from next year on. That changes me going from €7.5k to €8.25k, not an awful rise but still a rise like. ATM I'm up €9.2k for the blog with four months left in my year, cash betting is down around €700 but thats OK after losing €3k on St Nic, poker is up a fair bit with final tables and I havent played seriously in a while. I suppose I know one day betting will end so ideally I'd like to save that extra €1,500 a year because the future is uncertain in gambling, but sure what can you do.. we were talking about it and as I said we can either accept it, get over it, and pay it. Or we can get depressed about it, moan about it, and pay it. So for the sake of mental health it has to be the first option no doubt. In terms of gambling and life, its just about having as little overheads as possible, but I mean they have property tax in most countries so its not like you can avoid it, still thinking about emigrating, Iran? Iraq? Zimbabwe? Africa? Afghanistan? Pakistan? I think I'll stay, sure it has to stop raining at some stage.. 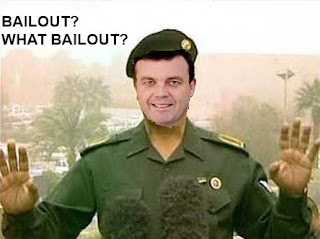 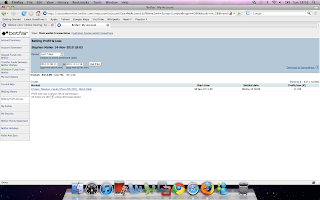